Out of balance: The unseen effects of student loan debt on retirement readiness

In fact, awareness of the growing issue of student loan debt and how it is weighing on today’s workforce is so critical that it has become part of the national dialogue in this year’s U.S. Presidential primary debates.

Even more chilling is the impact that high levels of debt during prime earning years has on retirement readiness.

The National Retirement Risk Index (NRRI), published by the Center for Retirement Research (CRR) at Boston College, measures the percentage of working-age households at risk of being unable to maintain their pre-retirement standard of living during retirement.

Nearly 51.6% of all households are at risk for not being able to maintain their standard of living in retirement, according to the latest NRRI (2014).

This statistic is increasingly worrisome as we think about the rate at which Americans are taking on student loan debt.

According to the latest research from CRR, which utilized data from the 2013 Survey of Consumer Finances, for households currently age 30-39 with student loan debt, the average amount of debt held after leaving college was $18,000.

Today, students and their parents are leaving college with an average of $31,000 in student loan debt. Not only is the amount of debt around educational loans increasing steadily, but the number of households with this debt is also rising.

After projecting the future impact of today’s higher borrowing levels, the CRR found that households at risk jumped nearly 5 percentage points, from 51.6% to 56.2%. The burden of student loan debt is also lowering the ability for home ownership among Americans, as individuals and families are not purchasing homes because they are saddled with college debt.

Student loans affect all age groups and continue to grow

This study also revealed that more people attend college and graduate school today than ever before, and more parents are taking out student loans for their children’s education than ever before. In fact, student debt is the only kind of household debt that continued to rise through the Great Recession and is now the second largest category of debt after mortgage debt.

The value of education

The comparison of retirement preparedness for those with and without student loan debt is not meant to deter individuals from pursuing an important pillar of the American dream, or to question the value of a college education.

A college education is a great benefit to those in the workforce: a median worker with a bachelor’s degree earned $57,252 in 2014, while a median worker with a high school diploma earned $34,736. However, the NRRI analysis of households with student loan debt serves as a reminder to families and financial advisors of the importance of wisely financing a college education, given the impact that this debt can have on the retirement security of millions of American workers.

To save or pay? Balance is key

However, there is incredible risk and opportunity cost associated with waiting to save. For every dollar that would have gone toward retirement savings if not for student debt obligations, households lose the value of that dollar and the investment growth that dollar would have experienced over time.

The negative impact of waiting to save is even more pronounced when individuals miss out on employer matching contributions. In other words, it is necessary to strike a balance between paying down debt while also finding ways to still maximize savings.

The implications for individuals and families

The trends and statistics outlined above serve as important reminders on the importance of financial planning.

With the increased obstacles we face in light of student loan debt, it’s important to begin planning earlier than ever before. Individuals often delay tackling how to manage their student loan repayment until after graduation, when a better approach is to consider repayment options at the time of the application.

Factors to consider before taking out a student loan are earning potential, federal loan repayment and forgiveness programs. Look toward financial aid and scholarship opportunities to help pay down those loans.

The implications for advisors

Financial advisors are well aware of the student loan debt crisis in this country and the importance of budgeting appropriately to meet multiple financial goals.

But as American households are increasingly at risk and unprepared for retirement, the financial planning timeline needs to change, too. For starters, advisors need to help families and their prospective students understand the loan options that are available before applying to college to help allay confusion and answer questions. Conversations with clients should start earlier, as they not only work to pay off their own student debt from their college years, but also plan for continuing education or graduate education for themselves, the education of their children, and ultimately their own retirement.

The significance of earning a college degree for students and their parents cannot obscure the unseen financial realities and implications of the associated cost. As research shows, the financial implications of burdensome student loan debt go beyond the 10 years after graduation—they have the ability to derail sound retirement planning and a secure financial future far into the future.

American workers deserve to have the confidence that a secure retirement is achievable. It’s essential to strike the fine balance between managing current finances and focusing on long-term savings while managing financial security throughout a lifetime.

This article was originally published in Advisor Magazine on March 31, 2016. 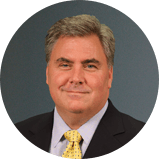 Where LINK by Prudential is made available in connection with certain Financial Wellness products, access is made available through Prudential Workplace Solutions Group Services (“PWSGS”). PWSGS provides access to a number of Financial Wellness products, services, seminars and tools offered by PWSGS, its affiliates or third parties. PWSGS is a subsidiary of Prudential Financial, Inc. PWSGS is not a licensed insurance company, does not provide insurance products or services and does not provide financial, investment or other advice. Individuals should consult appropriate professionals when making financial, investment and tax decisions.

Retirement products and services are provided by Prudential Retirement Insurance and Annuity Company, Hartford, CT, or its affiliates.

This web page is being provided for informational or educational purposes only and does not take into account the investment objectives or financial situation of any client or prospective clients. The information is not intended as investment advice and is not a recommendation about managing or investing your retirement savings. Clients seeking information regarding their particular investment needs should contact a financial professional. Prudential Financial, its affiliates, and their financial professionals do not render tax or legal advice. Please consult with your tax and legal advisors regarding your personal circumstances.

This website is for U.S. persons Opens in new window and may not be approved in all states. Information contained on this site does not and is not intended to constitute an advertisement, solicitation or offer for sale in any jurisdiction, outside the United States of America, where such use would be prohibited or otherwise regulated.

Prudential, the Prudential logo, the Rock Symbol and Bring Your Challenges are service marks of Prudential Financial, Inc. and its related entities, registered in many jurisdictions worldwide.

Not Insured by FDIC or any Federal Government Agency   |   May Lose Value   |   Not a Deposit of or Guaranteed by the Bank or any Bank Affiliate.