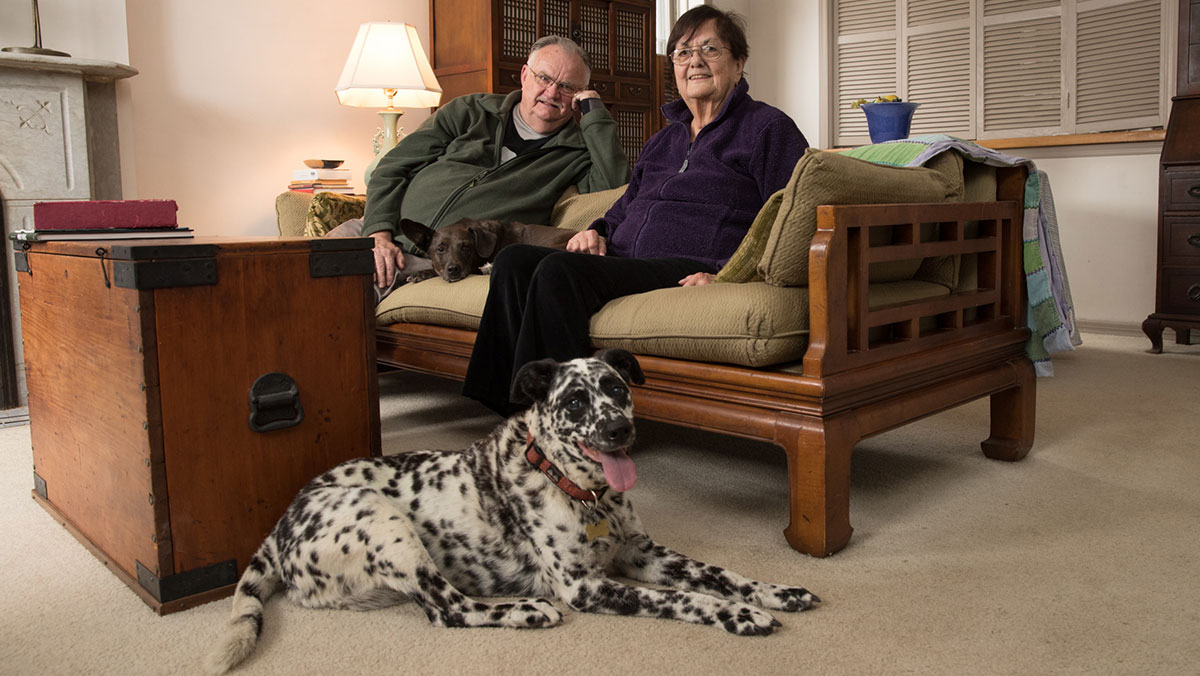 With its cluster of Victorian houses, breathtaking Art Deco architecture, and a dynamic culture spanning veteran residents as well as recent immigrants, Newark is experiencing a renaissance. After decades of depopulation and social strife, “This is our Newark, Newark 3.0, Newark forward,” Mayor Ras Baraka declared during his latest State of the City address.

Perhaps no neighborhood attests to this revitalization more than the 20 blocks surrounding James Street, a historic district that once served as home to some of the city’s most distinguished citizens, including Governor Marcus L. Ward, and the Ballantine brewing family, whose mansion, Ballantine House, is a national landmark. Back then, the enclave was stately and fashionable. But the area fell into disarray after the Civil Unrest of 1967—six days during which years of discrimination, unemployment, and substandard living conditions experienced mainly by the city’s African American population spilled into violence. Newark found it hard to recover. Like several other cities across America, the 1970s and 1980s saw an exodus of middle class residents, as crime soared. Buildings were left vacant, small businesses were abandoned, and signs of urban decay were everywhere.

Charlotte and William Chappel bought a brownstone in downtown Newark at a city auction in the early 1980s. “It was a total wreck,” William Chappel told Newark’s Star-Ledger. “Our car was stolen several times. We had a bullet bounce off the back of our house.” These days, downtown Newark has become an urban hub, abounding with restaurants and abuzz with new developments. The same brownstone stands in the middle of a Rutgers campus in Newark, and university police patrol the area. There is a library nearby, as well as the New Jersey Performing Arts Center, one of the largest performance spaces in the United States.

“Folks have been probably overlooking Newark for a long period of time,” Baraka said earlier this year. “It just needed us to be really focused on it, market it, to push hard around development.” In fact, a Rutgers University study found that violent crime in the city fell 21 percent in the last three years, as $1.7 billion has poured into new residences and commercial projects.

“What is happening all over the city—in downtown but also in the neighborhoods—is a tremendous housing boom,” says Kimberly McLain, CEO of the Newark Alliance, a nonprofit organization that works to advance the city. “What we see all over the city is this excitement around Newark and a robust real estate sector that is ready to accommodate the pending growth.”

Despite positive developments, a third of the city’s population still lives in poverty, a legacy of blight and neglect that city advocates admit will take more time and concentrated effort to reverse. This, along with a tempting proximity to New York City and the leafy New Jersey suburbs, results in a major challenge: how to get people who are employed in Newark to relocate there rather than commute out at the end of the workday. By employing more of its residents and luring new workers to live in Newark, the city is hoping to jumpstart its economy by increasing the tax base and creating new customers for local businesses.

Consider the case of Austin, Texas, where population growth has gone hand in hand with economic growth. Booming employment in the city from tech giants such as Google, Apple, and Facebook, has led to dramatic population gains: The decade ending in 2015 saw a 38 percent increase in the city’s population. The demand of Austin employees to live within the city boundaries has been a boon for the city economy. Businesses have opened and expanded, and tax revenues—including property tax, sales tax, and business tax—have soared, allowing for investment in infrastructure and city programs.

Employing anchor strategies like these, says McLain, “requires us to think bigger than ourselves. All these companies that do great work have a bottom line. They have their shareholders. But when you start thinking about anchor strategies, by definition you are thinking ‘How can I leverage my organization to make the community better, to offer more opportunities to residents and local business owners?’” The anchor strategy payoff is growth for the city economy, for local businesses’ bottom lines, and for the prosperity of its people.

Newark community leaders are well aware that local development can be disruptive when neighborhood renewal leads residents to be priced out of their homes. Newark's surplus of industrial space, vacant properties, and empty fields make that less likely, but McLain says the Newark Alliance is committed to what she calls “intentionally inclusive growth”.

Many of Newark’s employees live outside the city, and too many residents of the city struggle to find good jobs there. Having revitalized Newark’s institutions and revamped its buildings, the question now is how to cement Newark’s status as a livable city—that is, a city with thriving local commerce, a strong sense of culture, and accessible, viable housing. “We know that there is a cry for affordable housing in this city, which is why we are working on Newark's first inclusionary zoning ordinance to ensure that new housing development includes affordable homes and apartments,” Baraka said in his 2017 State of the City speech.

Living in an area with employment opportunities can be crucial for both residents and the economy of cities across the country. A report published last year by the Brookings Institution identified proximity to jobs as a key factor in growing tax bases, improving employment outcomes, and building up city services. And yet, between 2000 and 2012, the number of jobs within the typical commute distance in major metro areas actually fell by 7 percent and affected low-income residents disproportionately.

“Given the positive effects that stem from proximity to jobs for communities and residents,” the report’s authors concluded, “the broad trend toward decreases in the number of nearby jobs…should prompt targeted attention and action from regional policymakers and leaders.”

Newark is paying attention. To ensure that more people live where they work and work where they live, the city has partnered with its anchor institutions—the city’s largest employers and institutional magnets, including Rutgers University and the New Jersey Performing Arts Center—in efforts to help fuel the local economy. The strategy’s motivating idea is that when citizens and institutions are mutually engaged, the rewards can be exponential. “It’s a gift that keeps on giving,” McLain says. “It’s important for cities to [engage] anchor institutions because cities can’t do it alone. It takes partnership from almost every aspect of the city: from the government, from the nonprofit sector, from state and federal agencies.” To do that will help the residents of the city, McLain added, “and I would argue that it’s also beneficial for the companies to have a local talent pool right at your disposal.”

Prudential, a corporate citizen of Newark since 1875, is one of its anchor institutions, having invested more than $1billion over the last decade in developing the city, including redevelopments that includes housing, like the Hahne building downtown and Society Hill in University Heights. Prudential looks to enhance civic infrastructure, boost economic development, and include all of Newark’s residents in the benefits of those enhancements—goals that aren’t always in a large corporation’s mission statement, but are increasingly seen as part of a new class of anchor institutions.

“We are constantly thinking: How do we grow the city to benefit its residents and businesses, but how do we do it thoughtfully, carefully, and deliberately, in a way that includes all the great people that are already here,” McLain says. After a pause, she adds: “It’s not just for commuters, it’s not just for big corporations. It’s about ensuring that everyone who lives here can participate in the renaissance.”