The First Principle for Anchor Institutions: Hire Your Neighbors 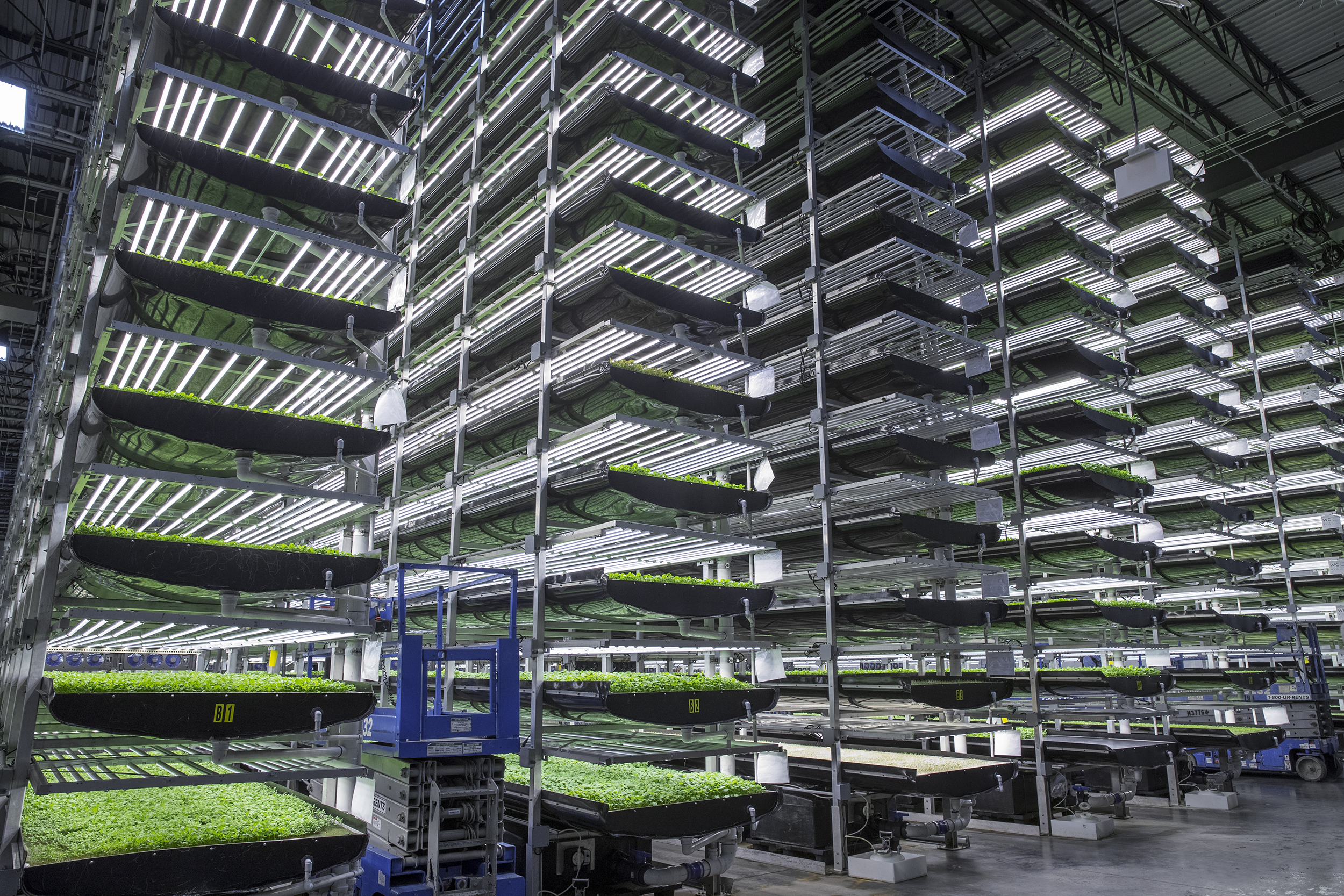 When companies and institutions hire the people that live in the same community, they help combat two challenges that persist in every American city: poverty and unemployment.

After graduating from a trade school with a certificate in construction in 2009, Melanie Walters struggled to find a full-time job. She applied to unions, to no avail, and she strung together temporary driving jobs to get by. More often than not, these jobs required waking up well before dawn. Sometimes she’d make it home in time to say goodnight to her children; other days, she didn’t see them at all.

Walters lives in Newark, New Jersey, a city of about 300,000 whose downtown sector is experiencing a widespread resurgence. In the last 20 years, it’s become a regional hub for health care and biotechnology. It’s now home to dozens of restaurants, retailers, a medical school, a law school, a professional hockey team, a renowned performing arts center, and more.

All of this activity is creating jobs—115,000 jobs within city limits, at last count—but, as Melanie experienced, locals continue to struggle to find work. Just 20 percent of local jobs are filled by residents, and more than 30 percent of city residents still live below the poverty line.

As of 2014, 72 percent of Newark residents with a job, including Melanie, worked outside of the city. Just across the Hudson River, by comparison, only 15 percent of New Yorkers leave the city to get to work.

Newark is determined to shift the balance and help residents claiming the jobs this resurgence is creating, because when city jobs go to city residents, rates of poverty and joblessness decline. In Tampa, for example, the unemployment rate has dropped three percent since a 2013 program offered incentives to the city’s construction contractors to hire locals. Tampa’s unemployment rate was once higher than Newark’s. Now it’s dipping below the national average.

Newark laid the groundwork for a hire-local initiative in 2000, when it passed an ordinance requiring that at least 40 percent of jobs at city-service providers go to local residents. With that, career centers popped up to offer counseling and skills training for residents who felt unqualified for the jobs available, many of them supported by anchor institutions such as Prudential. The city also turned to its anchors to go a step further in 2015: Partnering with a local hospital network, Barnabas Health, they created a five-week boot camp called Hire Newark. After completing skills training, on-site job visits, mentoring, mock interviews, and more, each Hire Newark participant can directly apply for a position across a number of partner companies. Of the 36 programs graduates so far, 34 are still gainfully employed. 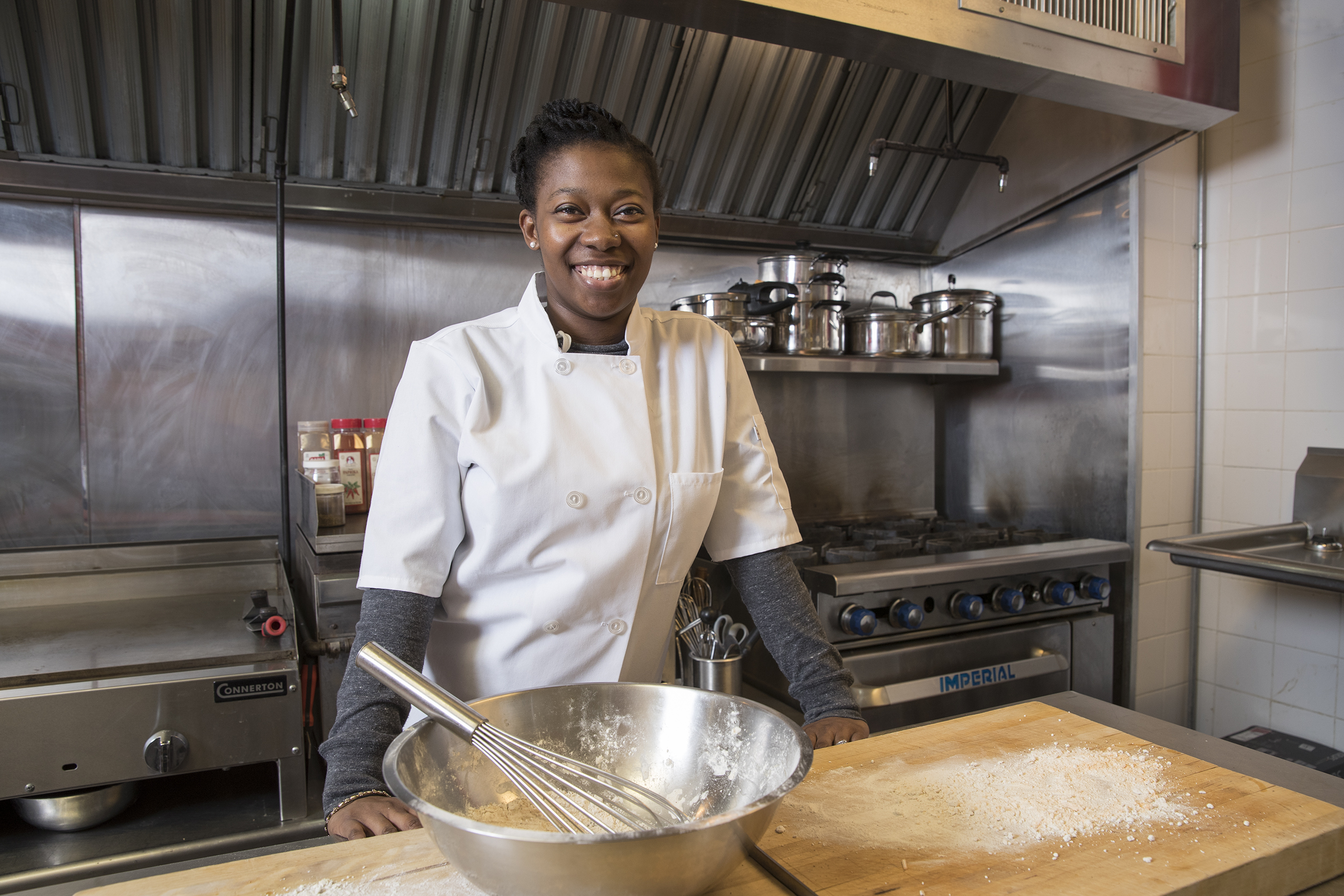 It was during a Hire Newark class that Takia Filmore mentioned her love of baking—and set her future in motion. Years earlier, Filmore had dropped out of culinary school and ended up working in food services. After hearing Filmore’s story, one of her career coaches at Hire Newark walked her through starting up her own bakery, Kia’s Cakes, even paying for her small-business license. After graduation, the program gave her a contract to provide baked goods to Newark’s Beth Israel Hospital. It was the first job she had ever had in the city where she lived.

The program also gave Filmore a job as a cook at the neighboring Jersey City Medical Center. She plans to hold that job as she grows Kia’s Cakes. She’s also considering a partnership that could jump-start that growth: A cousin recently opened a business and offered her a part of the space as a storefront. Growing the bakery seems a natural next step, both for Filmore and for Newark: In a storefront, she might be able to hire a few residents herself.

“I came from nothing, and I wanted it so badly,” says Filmore. “I’m there, but I want more now.”

Many Newark residents share that sentiment. After a 2015 report showed that residents made up just 6.3 percent of the 3,299 workers at Newark’s port, residents marched in protest. The city responded by creating a partnership with a local career center to connect residents to port jobs.

Now Mayor Ras Baraka is asking the private sector to join the effort. Through the “Hire” pillar of Baraka’s “Hire. Buy. Live” initiative rolled out in the fall of 2016, the city’s anchor institutions—from hospitals to retailers to private corporations—have accepted the challenge, which aims to provide 2,020 unemployed residents with jobs by the year 2020.

One of the first companies to join was AeroFarms, a 30,000-square-foot indoor farm in the city’s Ironbound district that brings fresh produce to Newark’s markets and restaurants. Anchor institutions like Prudential invested in the relocation, on the condition that local Newark residents would be hired. That strategy incentivizes businesses to set up shop and create jobs in Newark, which Prudential and other participants in the city’s anchor initiative hope to replicate throughout the city.

AeroFarms now also employs the residents it seeks to feed: Nearly 50 of its 120 employees live in Newark, and about 100 live within 15 miles. “It’s by the community, for the community,” explains co-founder Marc Oshima. “We think very specifically about areas that are disadvantaged and say, where can we have the biggest impact?”

Melanie Walters feels that impact every day. She joined AeroFarms as a packaging associate in 2016. Her new commute is less than 10 minutes each way. She’s home for breakfast and back for dinner. Without the stress of job insecurity, she’s getting more sleep, and the effects are clear at work: She was promoted to lead the quality-assurance team after just six months.

“When you apply for a job, you ask: ‘Is there room for growth?’” she explains. “[My managers] worked with me, they helped me realize what my strengths and weaknesses were. They helped me grow.” They also gave her something even more precious: time with her kids.