What You Need to Know About Unemployment Benefits

When you lose your job, it's hard not to go into panic mode, especially if your emergency savings fund is a bit on the slim side. Fortunately, if you're out of work through no fault of your own, you're probably eligible for unemployment benefits. These benefits won't completely replace your lost income, but they can give you cash to help keep you going until you find something new.

Here's what you need to know about collecting unemployment benefits if you've lost your job.

Am I eligible for unemployment benefits?

Although unemployment insurance is a joint program between the federal and state government, eligibility guidelines are established at the state level, so requirements may vary a bit from state to state. 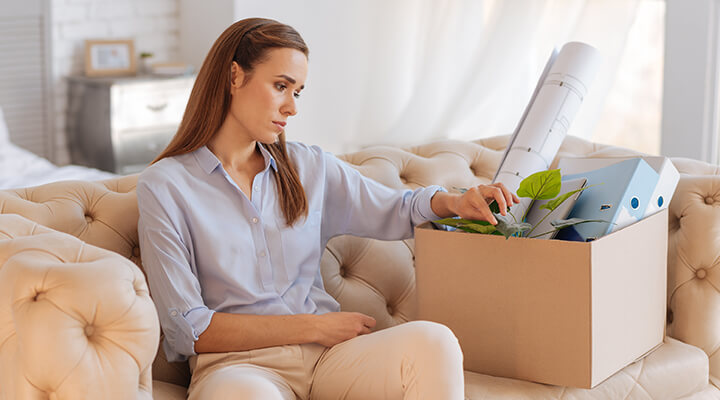 In general, however, you have to meet these two minimum requirements to qualify:

If you file a claim on January 2, 2018, your base period would be October 1, 2016 to September 30, 2017. Texas, for example, requires you to earn wages in at least one quarter of your base period in an amount equal to at least 37 times your weekly unemployment benefit amount.

Most states use some variation of this formula to determine eligibility, but you'll need to check with your state unemployment office for specific information.

How much will I get in unemployment benefits?

Unemployment benefits are only intended to replace a portion of your lost wages, so don't expect to collect anything close to your full salary. Each state has its own formula to calculate benefits, but they all take into account how much you earned before you lost your job. All states also have a maximum cap on benefits, so high earners will receive a much smaller percentage of their lost wages than those at the lower end of the income scale.

Many states simply pay half of the lost wages, up to the state maximum. Some also offer an extra fixed amount if you have dependent children, typically around $25 per dependent per week.

Your benefits may be reduced if you earn any money while you are collecting unemployment, such as earnings from temporary work or a part-time job.

How long can I get unemployment benefits?

Most states cap unemployment benefits at 26 weeks during any 52-week period. These aren't necessarily consecutive weeks. For example, if you are laid off from your job in June and are unemployed and collect benefits for 16 weeks before you find a job, but then you lose your new job in March, you could only collect 10 additional weeks of benefits until June, when you would have to reapply and open a new claim.

Some states pay benefits for fewer than 26 weeks: If you live in Arkansas, Florida, Georgia, Kansas, Michigan, Missouri or North Carolina, you won't get a full 26 weeks of unemployment benefits.

How are unemployment benefits paid?

The money for unemployment benefits comes from a combination of state and federal taxes paid by employers. Currently, the federal unemployment tax (FUTA) is 6% of the first $7,000 earned by each worker.

Each state sets its own unemployment tax rate and the amount of earnings it's assessed on. The current range is between the first $7,000 and $34,000 of each employee's earnings.

When you apply for benefits, you'll need a number of documents and pieces of information, which may include:

Once you apply, most states give you credentials to access your account online, and you will need to log in, usually once a week, to file a claim. Be sure you know which day of the week claims are due and file on time, or you may not get paid. Some states have a waiting period before you receive your first check, generally not longer than a week.

Keep in mind that every state requires you to be available and able to work, and actively looking for work or in an approved job training program while you are receiving unemployment benefits; some may even require you to submit a certain number of job contacts each week or sign a statement swearing you are looking for a job in order to collect a check.

Most states pay weekly, although some pay biweekly, and payment is generally made either by direct deposit or via a debit card.

What if I don't have a job by the time my benefits run out?

Unfortunately, there is currently no federal extension program in place to supplement state unemployment benefits. During the height of the Great Recession when unemployment skyrocketed, the federal government provided emergency unemployment compensation (EUC) for up to an additional 14 weeks, but that program was discontinued as of January 2014.

Can I collect unemployment if I'm self-employed?

In most cases, you aren't eligible for unemployment benefits if you're self-employed, unless you incorporated your business and paid unemployment taxes.

Some states do offer a self-employment assistance program (SEAP) to individuals who are collecting unemployment benefits to help them launch a business. SEAP doesn't extend your unemployment benefits; in fact, most states that offer the program require you to have at least 13 weeks of
benefits left in order to participate.

There are two main advantages to participating in a SEAP if you are considering starting your own business:

SEAPs aren't available in every state, and the requirements vary from state to state, so if you are interested, contact your state unemployment office as soon as possible.

If you've recently lost your job, don't delay filing for unemployment benefits. Even if you're not sure you're eligible, it's still a good idea to apply. Although your benefits won't replace your missing paycheck, you'll have cash for necessary expenses to help tide you over. Each claimant should visit their state unemployment website for instructions on how to file an unemployment claim.

Sheila Olson is a Charlotte-based freelance writer specializing in investing, personal finance, entrepreneurship, and retirement planning. She is a regular contributor at Investopedia and writes frequently for the banking and consumer credit industry.