Plan for the 3 Stages of Retirement

The face of retirement is changing, so you might not desire the leisurely rounds of golf and bingo previous generations enjoyed. Perhaps your ideal retirement involves volunteering for causes you care about, starting an encore career or spending more time with family. 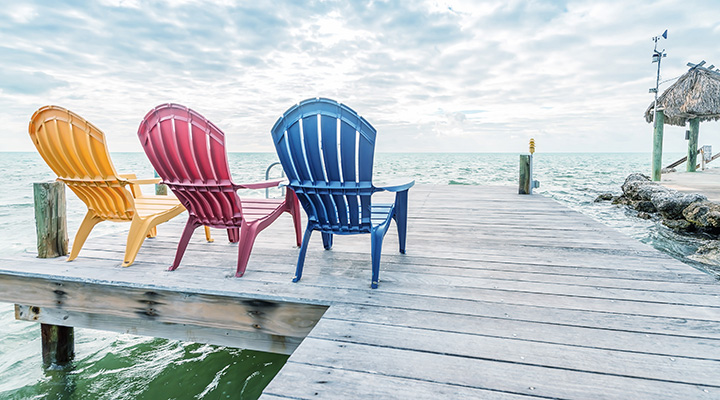 Whatever you plan to do after leaving the workforce, your spending during retirement may be more like a roller coaster than a straight line. Often, there’s high spending at the beginning of retirement, lower spending in the middle and higher spending again later in life.

You may have heard of the 4% withdrawal rule, which dictates that you withdraw no more than 4% of funds from your retirement account each year to help avoid running out of money. However, that oft-cited model doesn’t consider the fact that your expenses will likely change as you progress through retirement.

Here’s a look at how to prepare now for each of your retirement stages.

In the early stages of retirement, while you’re still active and mobile, you may want to travel more or pursue hobbies such as scuba diving, ballroom dancing or learning a musical instrument. Once you retire, you won’t have work-related expenses such as dry cleaning business suits or commuting to work, but these hobbies and travel goals have a price tag attached to them, too. Before you retire, think about how you plan to spend your time, and budget accordingly.

A growing number of older people also work past traditional retirement age, some by financial necessity and some because they want to stay active and engaged. In fact, according to the U.S. Bureau of Labor Statistics, as of February 2020 (just before the COVID-19 crisis hit in full force) more than one in four Opens in new window Americans over age 65 were still working or looking for work.

But rather than working 40-plus hours per week in a stressful corporate job, some of these older workers transition to part-time jobs or less-demanding consulting roles. Continuing to generate even a small amount of income could help pad your retirement accounts for your later years. This might allow you to postpone claiming Social Security benefits, which could mean a larger monthly check in the future.

In addition to delaying Social Security benefits if you can, you may want to stay invested in a diversified portfolio and let your retirement accounts maintain their potential to continue to grow, as you may need to fund expenses for three more decades.

At the midway point

As you enter your 70s and the novelty of retirement wears off, you may be spending less money on travel and other activities.

Reducing your spending in those areas could help you balance out what you spent earlier in retirement and what you’ll likely need for health care later on. You might also consider downsizing to less-expensive housing, or you may rent while you decide where to live next.

Under current rules, if you wait until age 70 to start claiming Social Security, you’ll maximize your benefits. Required minimum distributions (RMDs) kick in after age 72 (unless you reached 70 ½ prior to 2020). RMDs are calculated by the IRS based on life expectancy and are included in your taxable income for that year. However, you can withdraw more than the minimum if desired. (Roth IRA owners are not required to make withdrawals, but Roth IRA beneficiaries must take RMDs).

The later years of retirement often mean higher spending on health care and, potentially, nursing home or in-home care, or assisted living facilities. One way to prepare for costs not covered by Medicare is to purchase a long-term care insurance policy, typically while you’re in your 50s or 60s. These policies typically cover services such as assistance in bathing, dressing or eating (up to a pre-selected dollar amount).

As for expenses, health care cost analyst HealthView Services estimates that an average 65-year-old couple who retired in 2019 paid $12,286 for health care last year. But that same couple can expect those annual outlays to nearly triple, to $34,268, by the time they reach age 85 in 2039.1

This includes premiums for Medicare Parts B (which covers costs such as ambulance services and mental health), D (which covers prescription drugs) and a supplemental insurance policy, as well as co-payments and out-of-pocket costs. Remember, however, that this amount will be spent over several decades, not in one lump sum. But looking at these numbers makes it clear why it’s smart to plan ahead.

When it comes to the cost of retirement living, be prepared to spend more early on, less in the middle and more again later. This and various financial factors mean you should take the traditional annual "4% draw-down" rule for tapping your savings for what it's worth: a general guideline that may (or may not) work for you.

1HealthView Services, "Why Health Needs to Be Part of Retirement Planning,” July 2019

Susan Johnston Taylor has written about personal finance and business for The Atlantic, The Boston Globe, Fast Company and U.S. News & World Report.