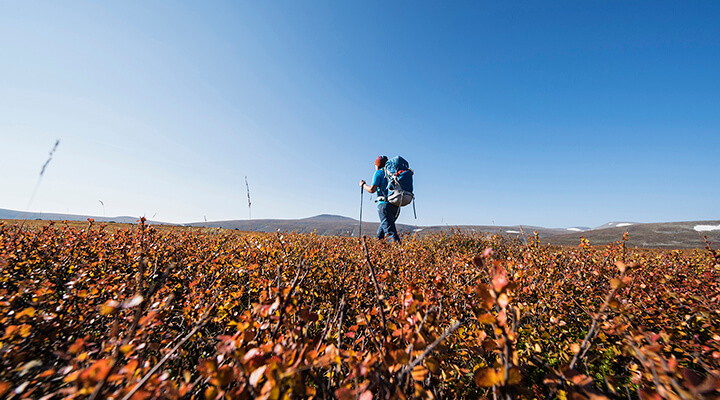 Between widowhood, divorce and the never-married, many of us will retire without a partner at home. According to the 2010 U.S. Census, 54% of 65-year old women are single, as are 27% of 65-year old men. Retirement readiness relies more and more on the financial smarts of each individual.

However, retirement planning for one has a few challenges. First of all, a single retiree—or one who is in the process of saving for retirement—does not have the safety net that marriage can provide. For example, the financial blow of a job loss or major illness could be lessened in a dual-earner household.

What’s more, notes Griffin, who has many single women as clients, living alone does not mean you will have half the expenses of a married couple. After all, a one-bedroom apartment does not typically rent for half as much as a two-bedroom. And singles don’t pay half as much for utilities, cable and Internet.

As a result, some singles may find it harder to save for retirement. According to a 2012 study by Rand Corp., while 20% of married people are at risk of not having enough saved for retirement, 45% of singles face the same situation.

If you’re single, consider these three ways to help get your retirement on solid footing.

Everyone must think about how to plan for retirement as singles, because, even if you are married now, you may someday be alone, Griffin notes. “Even if you’re married, you need to be clear-eyed about the future, and realize that there might be a time when your spouse passes before you,” she says.
Starting early gives you maximum flexibility, no matter what direction your life takes.

Consider this: A 25-year old who invests each month in a retirement savings account and stops at age 35 could have more money saved than a person who waits until 35 and saves for the next 30 years. Why? Because early saving benefits the most from potential compounding. [See this Infographic: Make Your Money Grow with Compound Interest]

Don’t wait until you feel like all the pieces of your life have fallen into place before you get serious about retirement saving.

According to the U.S. Department of Health and Human Services, 70% of adults 65 and older will likely require some type of long-term care. Whereas couples may be able to count on one another to provide some caregiving in the event of illness, singles—especially those without children—are largely on their own.

If you’re single, think about how you’ll pay for care later in life. For some, a long-term care insurance policy might make financial sense, because it can help pay for a stay in a nursing home or care in your own home.

Understand the advantages of being single

Of course, there are also plenty of upsides to being single. To put your finances on solid footing, take advantage of them.

Singles may be more willing to move when a dream job is offered, because it’s typically easier to move one person than a whole family. Jumping at these opportunities could set you up for a lifetime of career advancement, allowing you the opportunity to earn more—and potentially more money available for saving and investing.

If you’re child-free, use the fact that you don’t have that major drain on your finances—including having to worry about college costs—to sock away more money for retirement.

Marriage could be the bedrock of financial stability, but so can taking a serious and thoughtful approach to your money as a single person. You have the ability to build wealth throughout your life, no matter what your relationship status may be.

Ilana Polyak is a freelance writer who specializes in personal finance and the financial advisory industry. Her work has appeared in The New York Times, Barron's, Kiplinger's Personal Finance, Bloomberg BusinessWeek and CNBC.com, where she is a frequent contributor.

This article is presented for informational purposes only and should not be construed as an offer of any product or service.