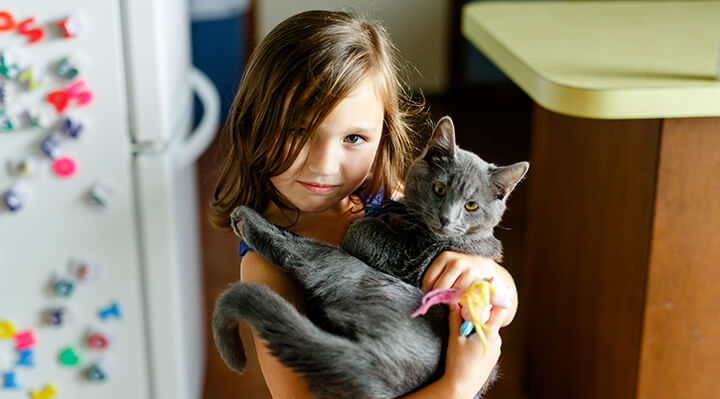 Pets can be cuddly, obedient and loyal. But they can also be expensive.

The average pet owner spends about $1,200 a year1 on their furry friends, including food, veterinary care, toys and pet sitting.

Even so, pet ownership is as popular as ever, with almost two-thirds of U.S. households including a pet resident. What’s more, the majority of pet owners consider Fido or Fluffy to be a member of the family, as reflected by how much they’re willing to spend.2

Just as you must plan ahead when expanding your family with children, you should think through pet parenthood before the costs take too big of a bite out of your budget.

Some pet costs are fixed, such as food and vaccinations. Others are less predictable, and depend on your pet’s health and your own lifestyle. In order to budget well, you need to get a handle on all the expenses.

Pet costs can be high in the first year. Some of the most common expenses are:

However, things can take an even more expensive turn toward the end of a pet’s life. Medical diagnostics and procedures for pet ailments have advanced so much that they rival the costs of human medical care. Surgery for lymphoma in cats can run $2,000; cancer treatments in dogs can cost more than $8,000.6

Also, if you work long hours, throw in dog-walking of about $5,000 a year (considering a rate of $20 per walk). Planning to take a business trip or two? Budget for kennel fees at a few hundred dollars a stay.

And fur-free animals can cost you, too. Tanks for reptiles and fish can cause your electricity bill to spike. Parrots, who can live as long as 50 years, might cost their owners upwards of $50,000 over their lifetimes.7

Like humans, animals benefit from regular checkups and routine health maintenance. Preventative care can stop minor ailments from blowing up into major (and expensive) medical issues.

Spaying or neutering your pet, for example, will ensure that you don’t wind up with an unwanted litter of new furry friends to care for.

One way to deal with the cost of unexpected veterinary care is with pet insurance. Policies vary widely, both in terms of which conditions they will cover and how much they reimburse, so shop around carefully.

Monthly premiums start at $15 and go up to $65. At the high end, you could be paying more than $700 a year to insure your pet. To decide whether or not pet insurance makes sense for you, think about how much you’ll paying over your pet’s life time in premiums (say, $7,000 for a 10-year life span). How likely is it that you’ll incur a major medical expense of this magnitude?

Some policies cover annual checkups and vaccinations, but those cost more. Others may pay only for accidents, not major illnesses such as cancer. Most plans won’t pay for treatments associated with pre-existing conditions,8 though some may provide coverage after a year without a medical incident. Look for policies with either high or no annual caps on coverage.

Unlike health insurance for humans, you must typically pay the bill first and then get reimbursed.

Major providers of these plans include ASPCA, Trupanion, Nationwide (formerly VPI) and PetFirst.

Well before there is a major medical issue and you are confronted with the prospect of a massive veterinary bill, decide how far you are willing to take your pet’s care. Otherwise, you may have to make the gut-wrenching decision of whether to save your beloved pet, who has become as important to you as any other family member, or pay the rent.

Think about whether you would really be able to spend thousands of dollars on care in a pet emergency room, for example, or whether the need for such care might mean it is time to end your pet’s suffering, peacefully, at your trusted vet’s office.

This is never an easy decision to make, but, if you think about what you can and cannot do well ahead of time, the experience might be a bit less painful when you are actually faced with it.

Puppy dog eyes and a wet nose can melt anyone’s heart. But make sure you’re thinking clearly by considering all the costs before you commit to becoming a new pet parent.

Ilana Polyak is a freelance writer who specializes in personal finance and the financial advisory industry. Her work has appeared in The New York Times, Barron's, Kiplinger's Personal Finance, Bloomberg BusinessWeek and CNBC.com, where she is a frequent contributor.