Few topics stir up as much debate among new parents as how best to care for their babies and toddlers: Should they go with daycare or a nanny? 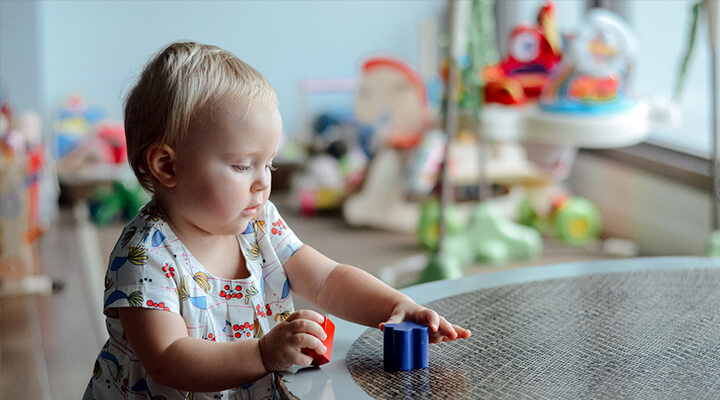 Kasumi Parker and Ben Wearn, New York City school teachers, were clear about which option to choose for their son, Tappan, now seven, when he was an infant. Daycare fit into their budget. And because they both work on an academic calendar, they only needed a facility that operated during the school year, which they found at a center near Wearn’s school.

“We had enough work flexibility that it seemed unnecessary to hire someone I wouldn’t need in the summer,” says Parker, an English teacher. “And the idea of a nanny never felt right to me.”

In walks around her neighborhood, where nannies are a common sight in the parks and playgrounds, Parker had come across more than one scene of nannies paying more attention to their mobile phones than to their young charges.

She and Wearn, a physics teacher, toured the daycare center when Tappan was just a few months old and were greeted by a warm, clean facility with engaged caregivers. They didn’t hesitate to enroll.

Childcare is by far the most expensive cost that parents incur when their children are small, and parents scramble to make it work. According to the Economic Policy Institute, childcare cost exceeds rent in 500 out of 618 communities. To deal with such a big bite out of their budgets, some families choose to forgo paid childcare altogether, with one parent staying home. But that has a price, too, in the form of lost wages and stalled career growth, which can persist long after parents return to work.

Parents who work must decide which type of childcare is best for their children, their family and their budgets.

A nanny is the most expensive option. After all, you’re having someone come to your house and devote themselves only to your child or children. According to the financial website NerdWallet, parents can expect to pay around $26,000 a year for a nanny. In addition, you should also budget for vacation time and federal unemployment tax. And you must withhold Social Security and Medicare tax. There’s a lot of paperwork involved.

But a nanny is also a major convenience. There’s no need to rouse the kids out of bed in the morning and rush them out the door. Your children are fed and bathed by the time you get home. And you aren’t scrambling to figure out childcare in the morning if Junior wakes up with a fever.

“Sick days were stressful,” Parker acknowledges. “When school is in session, teachers’ schedules aren’t flexible and it’s impossible to gauge whose work is more important.”

Daycare costs, on the other hand, vary widely depending on location, but the price tag is still much less than that of a nanny. Massachusetts has the highest cost for daycares in the country; infant care in a center averages $17,062. In Mississippi, it’s just $4,822, according to the organization Child care Aware.  Home-based daycare is less, costing $10,666 in Massachusetts and $3,972 in Mississippi.

But cost isn’t the only factor driving parents to choose daycare or a nanny.

For Parker and Wearn, socialization was a major selling point of daycare. Because Tappan is an only child, they felt it would be important for him to be around other children from an early age, learning to negotiate sharing and nurturing friendships. And the early exposure to germs is paying off now; as a first-grader, Tappan rarely gets sick.

According to a study published in the Archives of Pediatrics and Adolescent Medicine, children who attend large group daycare centers before the age of 2 ½ come down with more respiratory and ear infections than children who are cared for at home. But those kids are less likely to suffer these ailments in elementary school.

“If I had to do it again, I would still choose daycare,” Parker says. “It was the perfect place for the little one.”

A new baby can throw even the most meticulous planner for a loop. But preparing carefully before the baby arrives can help you see which expenses are necessary and which ones you can forgo. And before the child comes, make sure you know how to take advantage of your maternity leave perks, as that will save you money and leave your mind at ease those first few weeks as a new parent.

Ilana Polyak is a freelance writer who specializes in personal finance and the financial advisory industry. Her work has appeared in The New York Times, Barron's, Kiplinger's Personal Finance, Bloomberg BusinessWeek and CNBC.com.