Should You Move or Pay for Private School? 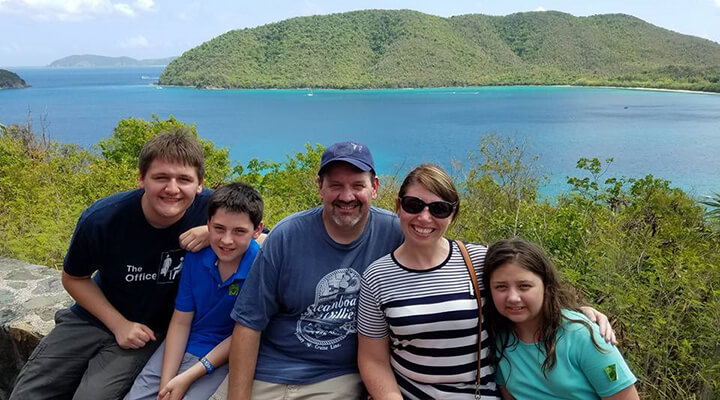 Photo courtesy of the O’Keefe family

Back in 2006, Tom O’Keefe was happy with his neighborhood but not thrilled with the public schools there. He and his wife priced out Catholic schools in the area, which would have run them $800 a month for one child and $1,200 for two children.

After going over these numbers, they realized that, instead of spending so much money for the education of their own two sons, who were ages six and two at the time, they could be in a nicer home in a better public school district.

“Plus, we wouldn’t be at the mercy of random tuition increases,” says O’Keefe, who lives in St. Louis County, Missouri.

So they moved to a new house that was in an area well-known for its strong public education system. The house cost $70,000 more than their previous home’s sale price, and their mortgage payments rose by $700. But for the O’Keefes, the move was definitely worth it.

“I’m very happy with the decision,” O’Keefe says. (He has since been divorced and remarried, and has a stepdaughter as well.)

Moving to a new area isn’t for everyone—and it’s a big change. You may be entrenched in your community and love your neighbors, and your work commute might be great.

Will one (or both) of you have to find a new job?

If your school district isn’t the best, where is the closest good school district you would consider? Is it close enough that you and your spouse could keep your jobs, or would one (or both) of you have to find new employment? Would you be able to find a position with a salary commensurate to what you’re making now? Depending on your industry, that might not be such an easy thing—or may even require giving up a spot in which you were building tenure or pension eligibility.

How much will the new house cost?

This seems like a big factor, but it may be easy to overlook in your quest for a better public education.

According to a recent Trulia report, homes in areas where almost everyone sends their kids to public school—even the higher-income families—can cost more than twice per square foot than the national average.

That’s not to say that all of them will cost that much, but it’s a consideration. If you’d have to pay an additional $1,000 per month—or $12,000 per year—to live in that new school district, that makes the $10,000-per-year private school bill less daunting to consider.

Have you factored in all the costs?

Moving isn’t just about potentially taking on a bigger mortgage payment. There are other expenses associated with that new house, and you shouldn’t overlook them.

For instance, get a copy of the past year of utility bills for that house. Factor in increased gas mileage if you’re moving further from work. Make sure you’re not ignoring the one-time costs of moving, which include broker’s fees, mortgage fees and moving costs, which can be significant.

And consider property taxes, which can be appreciably higher in a community with quality schools. In Westchester County, New York, for instance, property taxes average $9,647 per year, according to a study from the Tax Policy Center.

What does the private school offer?

Depending on where you live, the private schools in your area may offer a curriculum or focus that the public schools can’t, due to state guidelines. They may also have a lower teacher/student ratio or a higher graduation rate. If your child has a particular area of interest, a strength or a special need, you’ll want to factor in whether you’ll be able to address it in a public school—and whether that’s a deal breaker for you.

Making the education decision takes some serious calculating, so give yourself time. And after you’ve run all the numbers, make sure you weigh the cost of the upheaval as well, which has its own price.

If your child is excelling in a private school and you love where you live, it may be the right choice for you to stay, despite the costs. With all the information in front of you, you can make a well-informed decision that works for your family.

Kate Ashford is a freelance journalist who writes about personal finance, work and consumer trends. She has written for BBC, Forbes, LearnVest, Money, Real Simple and Parents, among others.