In the wake of the Supreme Court’s landmark decision to protect LGBT workers against discrimination, it’s worth looking back at two recent rulings that can benefit LGBT couples financially.

In 2013 the Court’s Windsor decision nullified provisions of the Defense of Marriage Act and effectively gave same-sex couples the right to be recognized by the federal government as spouses in marriages that are recognized by individual states. 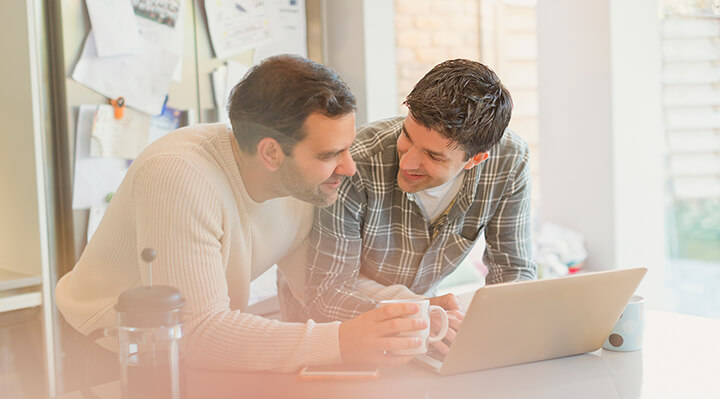 Then in 2015, the Court overturned a lower court decision and required all states to issue marriage licenses to same-sex couples and to recognize same-sex marriages that were performed in other states or territories. This is known as the Obergefell decision.

The combined result of these two rulings is that LGBT couples can take advantage of federal tax provisions that favor married couples. Advantageous parts of the federal tax code are now available to them, in addition to Social Security benefits, life insurance, tax planning, and retirement and estate planning.

As LGBT couples learn more about the financial planning available to them, they continue to move into mainstream America. More importantly, they find themselves able to look ahead so that they can take care of each other and their families.

Let's look at some of the major developments that have occurred.

Insurance companies are not allowed to refuse healthcare coverage, based on same-sex marital status, for any LGBT couple regardless of where the couple lives or what state the insurance company is in. Before the Windsor decision, same-sex couples could be co-enrolled in an employer's healthcare plan in states that recognized same-sex marriage, and in other states they would need to enroll as partners that were in a domestic partnership. This created much confusion. For example, a couple that was married in a same-sex state might move to a state that didn't recognize same-sex marriage, and employee health plans would not recognize the union unless it was declared a domestic partnership.

LGBT couples can now often save money by putting a spouse on a workplace health care plan. Also, they may both benefit from Flexible Spending Accounts, Healthcare Reimbursement Arrangements and Health Savings Accounts. An employer may not refuse to offer these healthcare arrangements to an LGBT couple. Couples may be eligible to use pretax dollars for health care, and this can mean big savings in ways that were once only available to traditional couples, especially as out-of-pocket health care expenses like deductibles have increased for families. Companies have begun to offer health insurance coverage for children of LGBT relationships as well.

Note that a same-sex spouse who does not have enough quarters in his/her work history to qualify for Medicare eligibility, can now qualify based on the work history of the other spouse.

According to the Social Security Administration, LGBT couples have the right to retirement programs, survivor benefits, and disability payments. Couples who have a child, including through adoption, may be eligible for higher payment amounts.

This means Social Security benefits can be a significant part of financial planning for LGBT couples. When planning income needs, both members of a married LGBT couple can consider their eligibility for payments both as individuals and spouses, instead of just as an individual, as in the past.

How LGBT couples are using IRAs as part of financial planning

For couples that are not recognized as married, the beneficiary must take IRA distributions by the end of the tenth year following the year of death of the original IRA account owner. However, LGBT couples can now be recognized as married, meaning the surviving spouse does not have to start taking distributions until age 72 or until their spouse would have been 72 (age 70½ if they or their spouse was born before July 1, 1949). This will allow the IRA investment to accrue value and create a better income for the survivor.

LGBT couples may be able to contribute pretax dollars to a spousal IRA based on their income and eligibility for a workplace retirement plan. This means that in 2020 they may be eligible to contribute up to $6,000, plus an additional $1,000 if they are age 50 or older or will be this year.

Note that contributing pretax dollars to a traditional IRA reduces the current amount of taxable income, so same-sex couples can save on taxes now and defer tax until retirement years, when taxable income will be lower and therefore taxed less.

The contribution figures are the same for a Roth IRA, except that a couple can only contribute if their joint income is less than $206,000. This type of IRA utilizes taxed money, but it potentially eliminates taxes on money that is withdrawn in retirement.

Social Security benefits can be a significant part of financial planning for LGBT couples. When planning income needs, both members of a married LGBT couple can consider their eligibility for payments both as individuals and spouses, instead of just as an individual, as in the past.

One of the most important developments for LGBT couples is the unlimited estate tax marital deduction. What this means is that upon the death of one of the spouses, all assets of the deceased can pass to the surviving spouse without the need to pay federal tax. Couples may also take advantage of the gift tax exemption. One spouse can give assets to another without paying gift tax or income tax. These provisions are not new in the tax code, but they never applied to same-sex couples before the Windsor and Obergefell decisions. Couples were able to take advantage of state tax codes where same-sex marriages were recognized, but they were shut out from the advantages of the federal tax code.

Life insurance that allows an LGBT spouse as a beneficiary

In some cases, a spouse may not have enough savings or Social Security benefits to pass to a surviving spouse and ensure an adequate income. Same-sex couples can now benefit from life insurance as a way to help a surviving spouse. It is legal to name a same-sex partner as the beneficiary of a life insurance policy. The death benefit from life insurance can be used for the college education of children if one spouse dies. Note that a same-sex spouse is now eligible for enrollment in life insurance plans offered by the other spouse's employer if the employer makes these benefits available to workers’ spouses.

Same-sex couples have the right to file as "married filing jointly" on their tax returns. Filing this way often allows married couples to receive the greatest number of tax benefits. In addition, they can qualify for an exclusion for adoption expenses, as well as a child and dependent care tax credit.

The income threshold for taxes is much higher for married couples. This means they can earn more income than unmarried couples before owing tax on that income. However, in some cases, couples will pay more. For example, this happens when there is one high earner and one low earner and the couple wants to claim a child tax credit. The low earner could put the combined income just over the threshold for child tax credits, making the couple ineligible for that credit. In such a case, it would be wiser to file separately.

LGBT couples may not fully realize how they can benefit from financial planning as a married couple. It is wise to seek a financial professional to make sure you are taking advantage of all the financial possibilities that are available to you.

Kevin Johnston is a financial writer who writes about personal finance and investments, as well as financial management and planning. He has written for the New York Daily News, the New York Post, the San Francisco Chronicle and the Houston Chronicle.

This information has been provided for your benefit and is not intended or designed to be tax advice. Please consult with your tax and legal advisors regarding your personal circumstances.