Are Your Kids Ready to Earn Money?

My 11-year-old daughter is too gangly now to still fit neatly in our puffy red chair, so her legs dangled over the armrest as I walked into the living room on Father’s Day.

“Daddy!” she chirped excitedly, looking up from a book in her lap. “I’m reading about interest rates!” 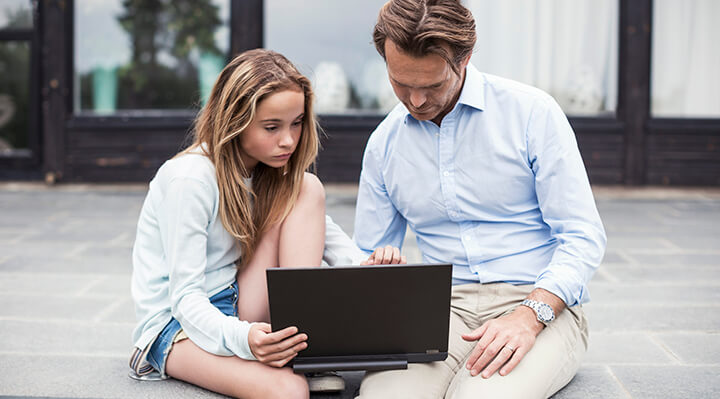 Yes, this really happened. A historic first – a sixth grader with genuine, um, interest in interest. My response – “Wow!” – was one of both surprise and delight. What a Father’s Day gift: My kid is showing some passion for learning about money! Woo hoo!

A few weeks before, she had asked my wife to order on Amazon.com two books from American Girl’s “A Smart Girl’s Guide” series. She and her friends had been hatching some ideas for making a buck this summer, and she wanted the Smart Girl’s Guides to babysitting and money.

From what I can tell, the money book does a nice job. Later that day, for instance, we pored over a helpful chart that explained how to calculate profit margins.

But there’s more to what’s going on here than they can cover in 100 or so pages. It’s an important moment in a kid’s life when she feels like she’s ready to start bringing home a little bacon, and that in turn makes it a classic “teachable moment” for us parents.

Here are some of the bigger-picture ideals we are trying to focus on with our daughter as we look to do something most parents strive to do: raise money-aware children who will become money-wise adults.

The $10 a neighbor is giving your kid to walk the dog might mean more to the kid than to the neighbor, but it’s still the neighbor’s money that they have earned. They don’t part with it easily – and it comes with a promise.

My two daughters (our youngest is heading into second grade) are as good around the house as most other kids, but when they don’t make their beds or load the dishwasher, they get a reprimand. (We’re not an allowance house.) When you’ve committed your time to someone, though, they’re counting on you. It’s not optional. You don’t get reprimanded. You get fired.

If this level of commitment means your kid isn’t ready, then she isn’t ready. You can’t force her or be the one doing it for her. In this way, right from the very beginning of the kid’s “career,” she learns something powerful about earning money: It doesn’t just happen, she has to do what she said she would do in order to earn it, and she can’t expect others to do the work for her.

Yes, my wife and I have done the thing where we give our kids jars marked SPEND, SAVE and GIVE. We painted them pretty colors and talked to our daughters about the importance of dividing their money among all three.

But let’s face it: It’s hard to do that with the $5 from the Tooth Fairy. It’s when they start to get a few real dollars, and consistently add to their kitty, that prioritizing each of the three areas becomes critical.

Especially “Save.” Instead of a jar, “Save” is better as a first bank account or a deposit in a college savings vehicle like a 529 account. It’s the perfect time to begin to instill the value of not just saving but saving in the right place.

And you also might add and explain a fourth jar: “Tax.” Even though you only had to file a tax return for your child this year if they earned more than $6,350 in 2017, you can help them understand that other responsibility we all have – to Uncle Sam – by taking a small portion and putting it in a separate bucket. (Then perhaps put that in their savings account, too.)

Be responsible to yourself

On occasion, I’ve been accused of being a helicopter parent. Guilty as charged. I’ve been overbearing on the soccer sideline and overprotective when I sense my kids are distressed.

But when it comes to their learning about money, I’m trying to take a step or two back. As adults, we can point fingers and deflect all we want, but we’re responsible for the financial decisions we make. We as individuals – albeit often in consultation with a life partner – decide whether we save or spend, how much we have taken out of our paychecks for our 401(k)s, how much life insurance we have, etc.

As my daughter looks to start earning money, my intent is to land my helicopter and let her fly more solo. We might provide gentle nudges as she works through how many jobs she takes, what she charges, and what she does with the money she makes, but ultimately I see this as her beginning to discover a core money truth: Your relationship with money is yours alone. Whether you spend, save or give has benefits and ramifications that you alone will deal with. Your primary responsibility, when it comes to money, is to yourself.

Babysitting has gone by the wayside already. With her money book as her guide, my daughter instead has been writing a plan for a business where she waters people’s gardens while they’re away on summer vacation. If we all play it right, her understanding of money will bloom right along with the flowers she’s taking care of.

Emphasize responsibility, not just money. Before letting your son or daughter commit to even a small job for a friend or neighbor, make sure they understand what it means to commit to work.

Brad Young is a vice president of digital content strategy at Prudential.