The Hidden Costs of Raising Kids

Ever since I was old enough to hold a doll in my arms, I’ve wanted children of my own. However, now that I’m an adult, I recognize that once I have a baby, my financial life will change completely.

After all, even giving birth is expensive, and costs of delivery vary from state to state and hospital to hospital. Hannah, a working mom and blogger said, “I paid about $6,000 out-of-pocket to give birth to each of my children, and that’s not including doctor’s visits during my pregnancy.”

Some costs — like healthcare — are nearly impossible to predict, while others, such as educational expenses or a larger car, are a personal choice. But whether costs are predictable or not, there are many unexpected expenses that crop up for parents across the country. 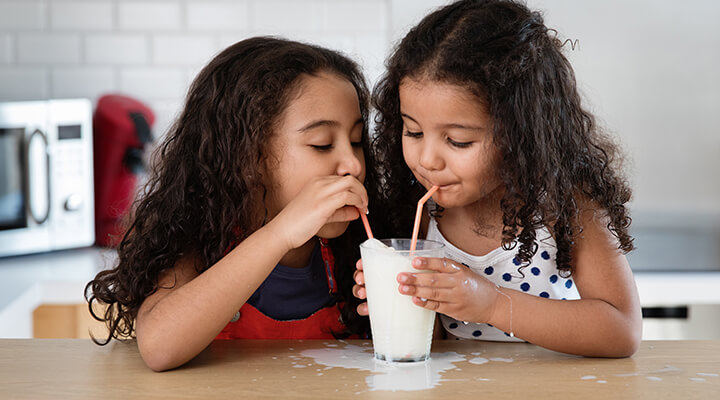 People talk about how expensive childcare is, but many don’t grasp that, in addition, it may be out of reach for their family, depending on background and career.

Kim, a mom of two who relocated from North Carolina to Maine, realized that it wouldn’t make sense for her to work after the birth of her son, due to the costs of childcare. “I decided I’d rather be home with my kids,” she said.

Even when a family can afford childcare, costs can be astronomical. I talked to a San Francisco-based family who spends $4,000 per month on daycare for their two kids. “We live here because we have high-paying tech jobs,” the dad said. “But having children tripled our living costs.”

Breastfeeding is often touted as the most affordable part of having a baby. Formula is expensive, especially if you’re particular about brand. However, breastfeeding can sometimes get expensive as well.

I talked to Kelly who is an “over-producer,” meaning she makes more breast milk than her baby needs. She’s had to buy storage bags, breast pads, a deep freezer for the extra milk, pump parts, and a pumping bra. After carrying her pump to work in a tote bag and dropping it, she’s now decided to invest in a pumping bag, which will run her about $150.

Kelly is making it work, but has also invested $250 in the deep freezer and $45 in the pumping bra, never mind the storage bags and breast pads. She also had to have four visits with a lactation consultant — each of which came with a $50 “specialist” copay.

When you want your children to participate in extracurriculars

Extracurriculars are good for developing skills, and parents want their kids to have every opportunity to thrive. However, many parents told me that participation in these activities is surprisingly expensive.

“I have three kids and they each participate in one extracurricular activity,” said Juliette. “My girls are in dance and my son is in karate. There are lots of hidden costs in these activities. Every time my son gets a new belt we have to pay for it, and sometimes an upgraded uniform, and every year the karate school sells new shirts which are not mandatory, but of course are desirable.”

Right now, it’s recital time at the dance studio where Juliette’s girls perform. For each child, she paid a performance fee and a costume fee (for new tights), and bought tickets for the performance. Her two daughters are each in different shows, so that means tickets times two for each member of her family. And of course, there are dance photos and a video for sale.

When your priorities shift and you want more space

Kids’ basic needs are pretty straightforward. As long as they’re clothed, bathed, and well taken care of, parents don’t necessarily need to find a big house with extra bedrooms or the perfect school district. However, new parents quickly realize that many things that worked great for them in their pre-children life don’t work as well once they have kids.

For example, Elizabeth, a lawyer in Chicago, mentioned that she was shocked that her small sedan was no longer as convenient once she and her husband had their daughter. “We went away for the weekend, and the amount of stuff we had to take filled the car,” she said. “Even fitting the car seat in the back seat is a challenge — we have to move the passenger seat all the way up.”

When kids enter the picture, parents begin to re-prioritize, and with that comes more expenses. Suddenly, they want to live in a good school district where housing prices are higher, or buy a bigger, more expensive car.

When you or your kids get sick

Health insurance and doctor’s appointments are big surprise expenses for new parents. “I had no idea how often kids get sick and need to see their doctor,” said Hannah, mother of two. “In the past six months, both of my girls have had ear infections requiring multiple doctor’s visits, and because we have a high deductible insurance plan, each doctor’s visit costs a fortune.”

Having children is expensive, but figuring out the finances is half the battle. If you have an idea of what things will cost, you can start preparing before the kids come along.

Estimated costs may vary depending on your location and personal circumstances.

Emma Siemasko is an entrepreneur and freelance writer who is building her own consulting company. She loves sharing the non-traditional financial lessons that she’s learned along the way.