The Economic and Stock Market Terms You Should Know

If you're not a professional investor, it can seem like financial news is in a completely different language. Investing, like any specialized field, has its own jargon. To help you understand what's going on and make more informed investment decisions, here’s a glossary of key financial terms. 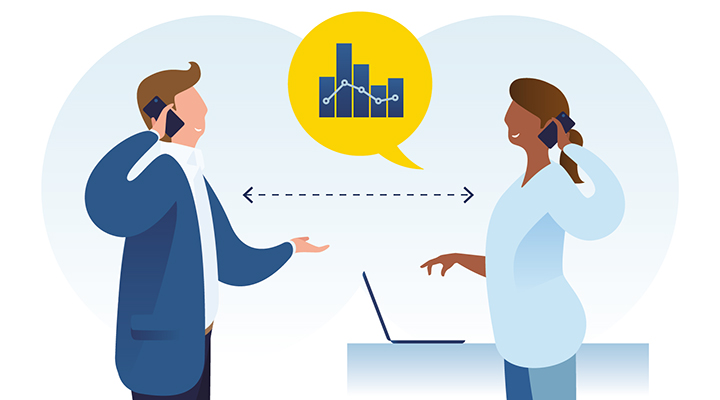 An asset is a piece of property that has value and can potentially be sold to someone else for cash. You can own physical assets, like a house. You can also own financial assets, which are intangible but still can rise or fall in value.

This broad term describes a financial asset that can be sold on an investment market. Stocks, bonds and derivatives are all examples of securities.

All your investments combined make up your portfolio. A portfolio can include a mix of stocks, bonds, cash and other investments.

Stocks, aka equities, are shares of ownership in a “public” company. Companies sell stocks to investors to raise money. In exchange, investors become partial owners of the company and are entitled to a portion of its profits (sometimes paid in quarterly dividends). Depending on the type of shares they own, stockholders can also vote on certain company matters.

These are loans you can make to a company, government or another institution for a set period in return for a stated rate of interest. At the end of the term, the bond issuer returns your “principal” (initial loan amount). But in the interim, bonds can be bought and sold on the “secondary” market. In general, the higher a bond’s interest rates, the lower its price (and vice versa). Interest rates can depend on a bond’s quality (the ability of the issuer to repay the loan) and the direction of rates set by the federal government.

As the name suggests, these complicated investments are derived from other investments. They're contracts based on an “underlying” asset, like a stock or the price of oil. For example, a derivative contract may require one investor to sell oil to another investor at a set price over a specified period. Derivatives can earn potentially high returns — with high risk. In fact, a derivative called collateralized mortgage obligations (CMOs) was partly to blame for the housing market crash that fed the stock market crash of 2008.

Currency refers to the types of money issued by different countries. The values of different currencies rise and fall separately from each other, so “exchange rates” between currencies (for example, the value of U.S. dollars vs. Japanese yen or Mexican pesos) fluctuates daily. You can invest in currencies you believe will gain in value versus other currencies. These investments are typically made using a derivative contract.

These bundles of stock, bond or other investments are available in retirement plans, brokerage accounts and directly from fund companies. They enable you to “spread” your risk among many similar investments, and they’re available with all kinds of objectives. Most mutual funds are “actively” managed — they use research to focus on particular types of investments, industry sectors or locations. Each mutual fund’s share price, or net asset value (NAV), is determined once a day after the markets have closed, based on the performance of the investments they hold.

Like mutual funds, ETFs are professionally managed bundles of stocks, bonds or other investments. The difference: Like stocks, ETF shares trade on exchanges (and their prices change) throughout the day. This makes them more “liquid” than mutual funds. Also, most ETFs are “passively” managed: They try to mirror the performance of “indexes” (published lists of investments that match their strategy or target market segment). Because index funds’ managers know what to invest in and in what proportions, they can charge investors less in annual operating expenses.

Bonds have an associated interest rate they'll pay after you buy them. Generally, the lower the rate, the safer the bond. A company rated lower by agencies such as Standard & Poor’s or Moody’s, or one running into financial trouble, typically pays a higher interest rate. Also, bonds’ prices and interest rates typically have an “inverse relationship”: When one goes up, the other usually goes down.

When a public company chooses to distribute profits to shareholders, it makes payments called dividends. Dividends aren't guaranteed, and their frequency can vary, though quarterly payments are common. Dividends are treated as regular income for tax purposes. Also, many companies allow investors to reinvest dividends in shares of stock rather than receive them as cash.

Liquidity describes how quickly you can turn an investment into cash. Stocks, bonds and other securities are relatively liquid because you can sell them to another investor and receive cash anytime markets are open. By contrast, a house is less liquid because the process of selling can take much more time. Note that just because something is liquid doesn't mean it's safer. While you may be able to sell your liquid assets more quickly, you could sell them at a loss.

A general term for the marketplace in which people buy and sell investments (e.g., stock market, bond market. commodity market), it sometimes refers to the exchanges on which those investments are sold. The market lists available securities and their selling prices, then connects buyers with sellers. The New York Stock Exchange, Nasdaq and London Stock Exchange are some of the major investment markets.

As an individual investor, you can't access markets directly. Instead, you work through a human or online broker. You open an account, deposit money and tell the broker which investments to make; the broker handles the transaction on the appropriate market.

When a private company first raises money by offering shares of stock to the general public, it does so via an initial public offering (IPO). The now “public” company’s stock becomes listed on a market exchange, and those shares can be bought and sold in the “secondary” market.

Three agencies — Standard & Poor's, Moody's Investors Service and Fitch Ratings — are responsible for rating the financial strength of companies and their bonds. A company with the highest rating (AAA) is considered the most stable and likeliest to pay off all their bonds. Bonds with low ratings may offer a higher interest rate in return for greater risk that they will miss payments or even go bankrupt. Such bonds are known as “high-yield” or “junk” bonds.

Trades are the transactions investors make when they buy or sell securities to other investors. Professional traders handle these transactions on Wall Street, while amateur traders generally fall into two camps: “day traders” who make multiple transactions every day (often using sophisticated software to find opportunities to make even small but frequent profits) and…everyone else.

With this investment strategy, rather than trading frequently, an investor will buy stocks and wait for them to grow over time. Since stock market prices have historically risen in value over time, this approach can be profitable while also reducing investment fees.

Normally, the economy grows over time. A recession is when the economy has negative growth for two quarters or more — over six months.

Usually applied to the stock market, a correction occurs when prices fall at 10% from their previous high. The term usually refers to the market “correcting” its course when stocks are considered overpriced.

This is when stocks and other securities experience a sustained period of rising prices, typically after taking a big loss.