Here's How Gig Workers Can Navigate the New Tax Law

It's not often that gig workers get a big financial break. But the new tax law could give them and other independent contractors some significant tax savings — which could make up for some of the deductions that have been eliminated. 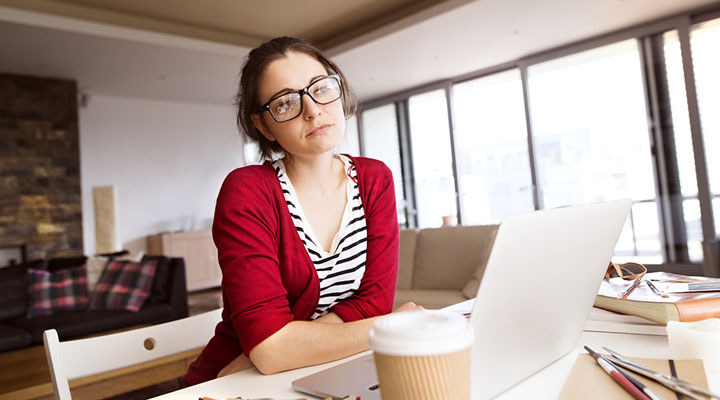 The new Tax Cuts and Jobs Act of 2017 has the potential to save independent workers on their taxes, as long as workers set themselves up correctly. Unfortunately, the vast majority of gig workers don't understand the impact the new tax law will have on their business, concludes a survey by the National Association for the Self-Employed PDF opens in a new window.

Here's what you need to know.

Self-employed at a disadvantage

34% of the workforce Opens in a new window provides services to the likes of Uber, Lyft, TaskRabbit and Airbnb. That number is expected to rise to 43% by 2020.
Along with the flexibility and potential for high earnings comes a big downside for gig workers: the lack of an employer-provided safety net. Gig workers generally don't get sick days, paid time off, health insurance or retirement plan matching contributions from an employer.
What's more, gig workers typically pay more in taxes because they must pay both their portion and the employer's portion of Social Security and Medicare tax, known collectively as the self-employment tax. Employers split this tax with their workers. As an independent worker, you're responsible for the entire cost.

In 2018, the self-employment tax Opens in a new window is 15.3%. However, you can deduct half the amount from your taxes.

Some deductions going away

To be sure, most of the benefits of the tax law go to corporations. And some common deductions such as investment expenses, reimbursed employee business expenses and tax preparation, and interest on home equity loans have been eliminated or modified, making them harder to claim.

In addition, tax payers can only deduct mortgage interest on $750,000 Opens in a new window of qualified new residential properties (the $1 million cap still applies for properties purchased before Jan. 1, 2018).

An even bigger hit is that only $10,000 of their state, local and property taxes can be deducted from federal taxes, an especially burdensome change for people living in high-tax states such as New York, New Jersey and California.

Don't pass up the pass-through deduction

Sole proprietors, partnerships and S corporations can benefit from the ability to deduct 20% of their “qualified business income" from their taxable income, if their income is under $157,500 ($315,000 for married couples). The deduction is phased out for amounts above that.

Bear in mind that there is a bit of confusion about who qualifies for this new pass-through deduction. According to Scott Bishop, CPA and certified financial planner with STA Wealth in Houston, most independent contractors would get the deduction if their income falls below the thresholds. If their income is higher, they might be excluded from taking the deduction if they work in certain industries such as health, law, accounting, consulting and the performing arts, among others.

“Most gig workers are those in personal services, which is one of the categories," Bishop says.

If you're a particularly successful gig worker and worried that you've earned too much to take full advantage of the pass-through deduction, there are a few things you can do to keep your income below the threshold:

There are other ways the tax law can lower taxes for tax payers (not just gig workers).

First, the standard deduction has now nearly doubled, going from $6,350 for singles and $12,700 for married people filing jointly, to $12,000 and $24,000, respectively. That means that, even if you don't have deductions adding up to those amounts, you'll still be able to claim that much (which will lower your taxable income).

“Gig workers are going to find that the new tax brackets will be very kind to them," says Bishop.

Bear in mind that the lower tax rates expire in 2025, unless Congress eventually makes them permanent.

Don't spend it right away

You may already have your eye on some technology equipment, or perhaps you're planning a trip with the money you save on taxes. But you might want to use at least some of these tax savings to build out your personal safety net.

Consider spending your tax savings on:

To get the full pass-through deduction, you'll need to treat your work as a business. That means keeping meticulous records of your business income and expenses. Consider working with a tax professional to walk you through what the new law means for you. Learn more here .

Ilana Polyak is a freelance writer who specializes in personal finance and the financial advisory industry. Her work has appeared in The New York Times, Barron's, Kiplinger's Personal Finance, Bloomberg BusinessWeek and CNBC.com.