How a Career Change Can Affect Your Retirement

Deirdre Simpson (her name and personal details have been changed to protect her privacy) is waiting for me on the patio of a coffee shop. In her simple navy and white sundress and strappy flats, she has a youthful appearance that belies her 40-something age. She's agreed to talk to me about her retirement strategy — or rather, how her three job changes over the past decade or so have completely altered it.

An Ivy League graduate, Deirdre had no trouble landing a lucrative job as an interior designer with a high-end architectural firm in San Francisco in the early 2000s. She was assigned to a team that handled luxury resort projects, and work was abundant in the pre-Great Recession years. I ask about the company's retirement plan. "I didn't really give it much thought when I started, actually. They had very generous benefits," she says, nibbling the crust of her flatbread. "They had a 401(k) plan, I signed up for it and contributed just enough to get the company match. I paid zero attention to it." 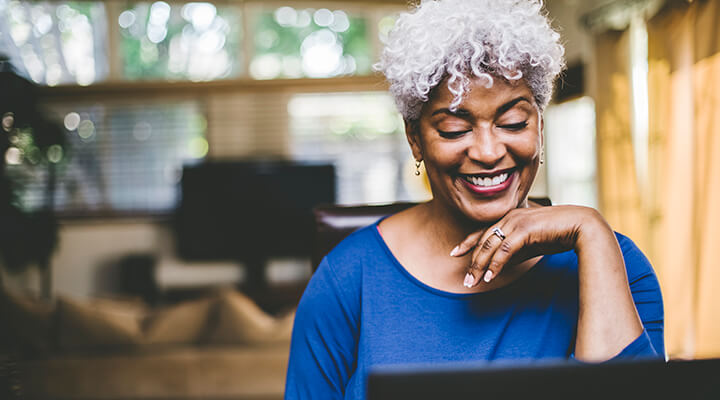 Several years later, when the recession hit and the projects dried up, Deirdre was laid off, along with about 75 others. "That's a pretty funny story, actually," she tells me. "[A major investment bank] had been financing most of my projects and when they went under, all of my projects went on hold. I just had this feeling I'd be let go."

She packed up her desk and her belongings into an oversized Lands' End bag so she'd be ready to walk out the door when the news came. A senior executive walked by her desk and asked about her bag. After hearing her explanation, he took her to a long, boozy lunch at a swanky restaurant and, after mentioning he wasn't supposed to tell her yet, confirmed her worst fears.

When they returned from lunch, her boss was indeed waiting for her with the news that she was laid off. "If I had to be let go, I guess it happened in the nicest way possible," she says with a laugh.

It was 2008, the height of the Great Recession, and jobs were scarce in commercial real estate. Dierdre started her own business, using contacts she'd made in her job, even getting featured in a Time magazine article highlighting people opening small businesses during the recession. Ultimately, however, the business never took off, and she spent the next three years essentially unemployed.

In 2011, she took a job with a mid-sized boutique architectural firm in North Carolina — a 3,000-mile move — transitioning from project design and management to marketing, a role she's come to love.

Dierdre's new firm offered a mix of benefits, including an employee stock ownership plan (ESOP) and a 401(k) with no company match. After tapping into about $50,000 of her retirement savings during the lean years when she was trying to start her business, she was much more interested in the company's retirement plan and in building up her nest egg again.

"There was this point when I hit my 40s where I had to accept the fact that I may never get married, that I am going to be completely responsible for taking care of me when I retire," she says. "It [retirement] had been on the back burner for me until I started doing those little online calculators that show how much you need to retire, how much you have and realizing, oh my gosh, I don't have nearly enough."

Dierdre had been stashing between 5% and 10% of her salary in her company's 401(k), selecting a mix of domestic and international growth and value funds, but she began to amp up her contributions. Between short and long-term savings, Dierdre is putting away about 30% of her income each month now. But she knows it's not enough, and that her retirement is far from secure at this point.

The Great Recession hit Americans' retirement accounts more deeply than many people realize — some $2.7 trillion in savings was wiped out, according to estimates by the Urban Institute   PDF Opens in new window. In 2008 alone, workers aged 35 to 44 Opens in new window with 10 years on the job or more lost about 21%of their retirement account balances, while those 45 to 54 with at least 20 years on the job lost 26%.

Dierdre is not alone in her pessimism about her retirement prospects. A Prudential study of job-changers *(those who have changed jobs one or more times in the past 10 years) showed that they are twice as likely as non-job changers to believe their lack of job security has hurt their retirement prospects.

Roughly 60% of them are in "catch-up" mode and just 50% feel good about their prospects for retirement. Their investment focus now is on high returns, over other priorities such as asset protection and income generation. Nearly half fear they won't be able to replace the money they've lost in the market and believe they'll need to work longer and delay retirement by several years.

A few months ago, Dierdre switched jobs again, to a competing architectural firm that offered higher pay and better benefits, including a 401(k) with a company match. She did careful research on each of the plan's funds before finally selecting a mix of eight index funds and sector ETFs (exchange-traded funds) that tilt toward aggressive returns. She's maxed out her contributions, both to her 401(k) and her Roth IRA.

She's ahead of the game for many people in her age cohort. The Employee Benefits Research Institute shows that the average IRA account balance for people ages 45 to 49 was just over $72,000. Looking at 401(k) participants in their 40s who've been with the same employer for 20 years or more, that figure jumps significantly to over $159,000.

Like nearly 30% of job changers in the Prudential survey, Dierdre left her retirement account with her previous employer. She says she's happy with the company's funds and hasn't yet decided whether to roll her money over to her new employer or put it into an IRA or annuity. "I have some time to make that decision," she says.

She's leaning toward rolling everything into her new employer's plan, so I ask if Dierdre plans to consult a financial professional when the time comes to move her money. She seems unsure, yet not averse to seeking professional advice. "I joined a debt management support group after I was laid off. I came away from that job with a lot of debt and a lot of uncertainty about how to set my financial priorities," she said. "Now I'm very cash-oriented and focused on building my savings and staying debt-free. I have a pretty clear picture of my financial situation."

The restaurant is beginning to close and Dierdre and I are the last two people on the patio. I ask her, on a scale of one to 10, how worried she is about retirement. "I would say a six," she says, "I mean, I don't expect to retire at 67 or even 70. My dad is in his mid-70s and he's still working, and I'm fully aware that I'll be working into my 70s, too."

As Deirdre's story shows, having — or gaining — knowledge about your individual financial situation is where your power lies. You can start by assessing what resources you have in place to support your retirement goals and identify any gaps you may want to address.

Sheila Olson is a Charlotte-based freelance writer specializing in investing, personal finance, entrepreneurship, and retirement planning. She is a regular contributor at Investopedia and writes frequently for the banking and consumer credit industry.