Are You Vulnerable to Financial Cybercrime?

Financial cybercrime is a global crisis, costing hundreds of billions of dollars a year. In the U.S. alone, 13 million consumers fell victim to identity fraud in 2019. While that total has fallen recently, the price tag ($16.9 billion in losses last year) has been rising.1 Experts say the COVID-19 pandemic has opened the door even wider for cybercriminals.2 And their tactics grow more sophisticated every day. 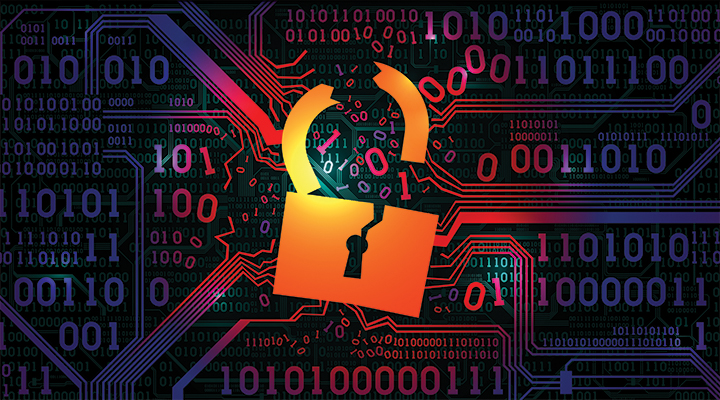 If you think financial cybercrime isn't something that happens to people like you, think again. You've probably never even considered all the novel ways you're vulnerable to financial fraud. Here are just a few:

First there was phishing, with criminals sending emails that appear to be from reputable businesses — often ones you already have a relationship with — to get you to reveal sensitive personal information. (Bad guys also set up phishing websites — often, these days, with a coronavirus theme — that can send dangerous malware into your computer.3)

But another threat is smishing, an evolved cousin of phishing. Instead of emails, the fraudsters send SMS text messages to your phone, typically in the form of an urgent alert from your bank or credit card company. One of the most common (and ironic) smishing attacks informs you that your credit card is locked due to suspected fraudulent activity — and asks you to reset your PIN or passcode. Once you click the link to do so, the criminal steals your account information.

Delete and block any text messages that come from numbers that aren't in your address book. Use your financial institution's app to manage your account and configure it to accept notifications. Although it's not 100% foolproof, notifications through your bank's mobile app are significantly more secure and reliable than SMS texts.

How often do you pay for gas at the pump or withdraw cash from an ATM? Every time you do, you're potentially in the crosshairs of a skimming attack.

The FBI estimates Opens in new window that skimming costs consumers over $1 billion a year.

Aside from checking your bank and credit card accounts on a regular basis, it's very difficult to prevent criminals from skimming your information. Although it's not as convenient, pre-paying inside the gas station significantly decreases your risk. Avoid ATMs that aren't in well-trafficked, well-lit areas. Criminals avoid detection by placing skimming devices on ATMs in out-of-the-way places.

People like to think of identity theft as an adult problem, but thieves tend to target children more. A 2018 study found that 39% of notified identity fraud victims were minors, vs.19% of adults. Worse, six in 10 child victims knew their identity thief personally (think family friend or preschool teacher). And kids who were bullied online were nine times likelier to become victims than those who weren’t.3

Don't hand out your child's Social Security number without good reason; not every entity that asks for it actually needs the information or has a right to it — even the pediatrician's office and summer camp registrar.

You may also be able to “freeze" or “lock” your child's credit reports (not to mention your own) so that no one can inquire or open accounts in his or her name until after you lift the freeze/unlock the reports. Check with your state attorney general's office or any of the major credit bureaus (Equifax, Experian and TransUnion) to learn more.

Evil twin attacks are particularly pernicious because they're impossible to recognize. Here's how they work:

A cybercriminal goes to a place with free public WiFi (coffee shops are common sites for evil twin attacks) and sets up a WiFi access point with the same network name and service set identifier (SSID) as the free business network.

Next, he waits for you to drop in for your morning latte, connect to WiFi, shop, pay your bills, or do anything else that allows him to collect your personal data. He can even redirect your browser to a malware site without your knowledge.

Unfortunately, not even wireless encryption can protect you against this type of attack. A virtual private network (VPN) is the only sure-fire way to protect yourself against evil twin and other types of public WiFi attacks.

Social spear-phishing takes email phishing up a notch or two, faking out even the savviest of Internet users. Hackers no longer ask you to send your information over a social platform. Instead, they create bots or ghost accounts that post content similar to the type you typically engage with on social media, and then steal your information when you “like" or “share" a post.

Aside from leaving social media entirely, there's very little you can do to prevent an attack if you're targeted by a determined cybercriminal. At a minimum, avoid clicking on links in posts from people or businesses you don't recognize.

You may have heard about a little girl who inadvertently ordered an expensive dollhouse and mountains of cookies using her family's Amazon Echo device — and the local TV host who triggered dozens of similar orders by repeating her words on air.

Neither part of that story has been proven.5 But activating smart speaker devices remotely does have real security implications: Clever hackers can use audio files to unlock doors of a connected home, make fraudulent purchases or even transfer money.

For maximum privacy and security, experts suggest disconnecting the device when you're not using it. It might seem inconvenient to wait 10 or 20 seconds for the device to power up each time you need it, but the extra security may be worth it.

Freeze or lock your (and your kids’) credit reports until a financial entity you’re working with needs to access them. Secure devices with screen locks and encryption, and avoid public WiFi. Use “two-factor” authentication instead of a single password to access financial sites if available (if not, use strong passwords or a password manager). Set up automatic alerts from financial providers, and consider identity theft and other cybersecurity monitoring services, which may be offered through your benefits department. And share all of our tips with family members and friends — the more vigilant they are, the safer everyone will be.

Sheila Olson is a Charlotte-based financial writer specializing in investing, personal finance, technology, and retirement and estate planning. She is a regular contributor at Investopedia and writes frequently for the banking and consumer credit industry.